Deg podcast – Pat and Ste on process, cats, never speaking to one another

Ste Pickford and I have spoken three times in the past 20 years. We saw each other once in 1998 for a Wetrix press event, once in an airport just before travelling to Los Angeles (this was in 1999, I think), and then spoke once via Skype to make this podcast last week. You can’t rush artistic relationships.

Ste illustrated Deg, and I had no input in his work other than providing the base material. He read the text, we exchanged some emails, and he produced the beautiful images you’ll find on the cover and at the beginning of every chapter.

Here we chat about some of the details of Deg’s text, as well as Ste’s approach to the creation of his images. You can buy the book from Amazon or Urbane’s website.

Deg – an interview and an explanation of its art

A very nice lady named Sonya interviewed me about Deg for her blog, A Lover of Books, allowing me a little room to explain how, and why, my first novel came to be.

Deg is screen culture paranoia, anarchic politics and drug exploration written in an automatic, surrealist style. I wrote it in a fit of desperation I doubt I could ever replicate. The diary element to its method set the form of my further books, but it now seems that opinion and inspiration based on imaginary input will always be subservient to reportage for me. Deg was likely a once in a lifetime event.

Head through the link for the full thing.

Deg wouldn’t be complete without Ste Pickford’s art, of course. Ste’s currently publishing blog posts explaining his thinking behind his illustrations’ creation, which include previously unseen work-in-progress images and a fascinating insight into his process. You should absolutely check this out. 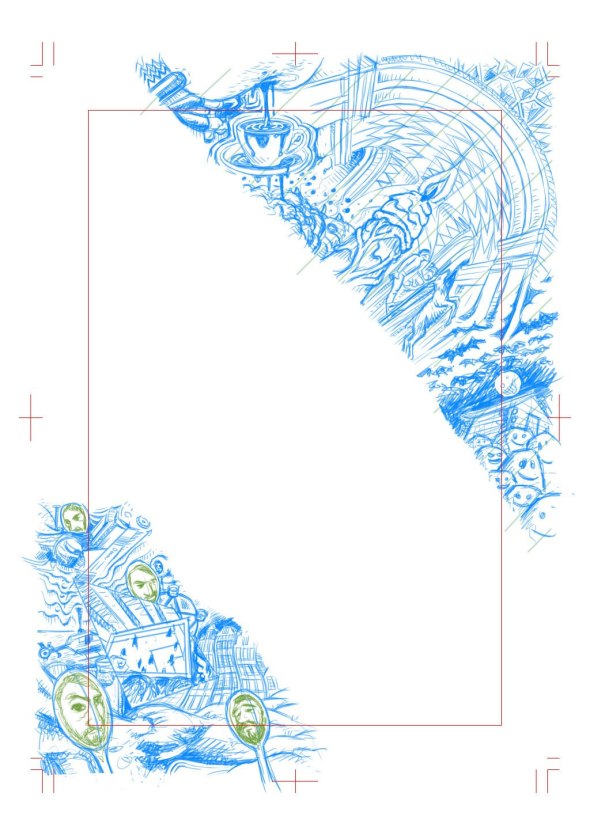 Don’t forget to buy the book, if you already haven’t. Buy it again if you have. Buy it three times. Just buy it. Get it directly from Urbane if you suffer any moral dilemmas by shopping on Amazon.

Deg launched last week. I wrote about it briefly on VG247, explaining gaming’s role in its creation, and went to the annual Urbane author party in London that evening. My day was relatively bookish.

You can buy it now on Amazon. Hardback copies have all been sold, I’m afraid, but more are on the way. There’s a Kindle version, too, but you may want to wait for the paper edition (and its physical copies of Ste’s illustrations).

I’ll get back to the writing, then.

Deg delayed until November (this is a good thing)

Sorry if you’d pre-ordered and were counting the days, but Urbane’s delayed Deg. It’s now releasing on November 10, and not the previously expected October 6.

Why? A few reasons. Firstly, my publisher, Matthew, needs more time to sell-in the ideas he’s had for Deg’s launch (which we haven’t talked about publicly yet). Secondly, books released too early in the year can’t be entered for certain prizes, so it needs to be pushed back a little to ensure it has the best chance of gong-glory.

I’m glad of the delay, in truth. Had we launched as planned it would have felt rushed (I know it’s hardly the entertainment world’s most anticipated event, mais quand même), and this’ll mean it’ll get the best send-off possible. All told, it’s good news for both myself and Ste, Deg’s illustrator.

So that’s that. As for the rest of my writing, I’m in the middle of a new first draft. There’s still a great deal of work to do before I complete, although, should Grandnanny Cosmos be lenient, I’ll be done before the end of the year. This project has been deliberately longer and more considered than the previous two. The subject itself is more complex and I was committed to experimentation both in process and immediacy this time, to slowing the flow somewhat to see if I could row through clearer waters rather tearing at the riverbed with my oars.

I can’t tell anything about the result yet, but it’s been a valuable exercise. I’ve taken to writing on paper then transferring to digital, adding an enforced, cleansing pass before the words settle into the initial manuscript, which this time feels more like a living document to which I’m adding from all directions. This method is slower, but the structure demands more consideration. I have no idea if this is good. It’s more ponderous, and literally less productive, so while it’s a broadening exercise it’s tinged with uncertainty. I guess you can tell me if it’s worthwhile if you ever get to read it.

Once this draft is complete I intend to focus on edits for the sort-of-completed book which I’m sort-of-pitching-but-not-really, and then I’ll get back to the current project. Hopefully, I’ll have two books completed in 2017, leaving me free to start writing another in the middle of next year. I’m greatly looking forward to a fresh start.

Deg, though. If you haven’t pre-ordered yet but were of the opinion that you might, then please do. Every sale massively helps everyone involved, not just me. I’ll have more news on the launch soon.

Doing that thing by which it solidifies from apparently nothing, reality informed me this week that Deg will be published on October 6. The paper version’s available for pre-order on Amazon now.

My publisher, Matthew Smith of Urbane Publications, is being super-supportive throughout this process, and seeing Ste work so hard on illustrating Deg is fantastically empowering. All positive. Can’t wait for people to see the finished book.

Please check out Ste’s Instagram feed for some panel details. 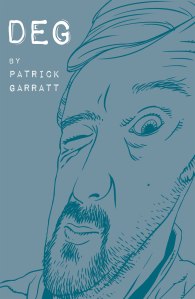 Deg, my first novel, is to be illustrated by BAFTA-nominated artist Ste Pickford, a developer with a huge history in games art. Ste’s drawn the title image and will create separate plates for each chapter. Urbane revealed the cover last night on social media.

Collaborating with Ste is proving to be a brilliant experience. I have great respect for his talent, and his work is granting Deg’s text a level of maturity I feel it would fail to achieve alone. Ste’s take on the content, on its imagery and routines, is fascinating to me. Seeing the words visualised is as bizarre as it is thrilling.

Deg will release this autumn.

While Deg’s path to publication winds ever on, I’ve finished my next book. A fifth draft went quickly since I decided to bring some proper attention back to my fiction – VG247’s growth was a priority for me in 2015 – and I completed a final general pass last week. Securing an agent is an urgent goal for me now, so hopefully this next round of subbing will work out.

With this latest book in the bag I’ve been able to start writing something completely new, with good progress made on a first draft made since the Christmas holiday. While the previous two projects have been largely built on the past, it seems this will focus on France and the Vosges, my current home.

If you want to read something of mine while you wait for Deg, my latest story appeared in Dark Tales from the Secret War late last December. There are many reasons to buy this book. David J Rodger (this was David’s final publication; horribly, he died last November), Martin Korda and Richard Dansky all contributed under John Houlihan’s editorship, and the print version is a beautiful thing to hold. It’s only £9.99 (€14.99) in print, PDF included. There’s a PDF-only version, if that works better for you.

Dark Tales from the Secret War out now

My story, Bloodborn in Sarandë, is included alongside the work of David J Rodger, Destiny and Fable writer Martin Korda and Splinter Cell’s Richard Dansky. Editor John Houlihan’s done a fantastic job getting this book to market, and it contains a line-up well worthy of your money.

Part with some. It’s available now as a print-PDF package or alone as a PDF. 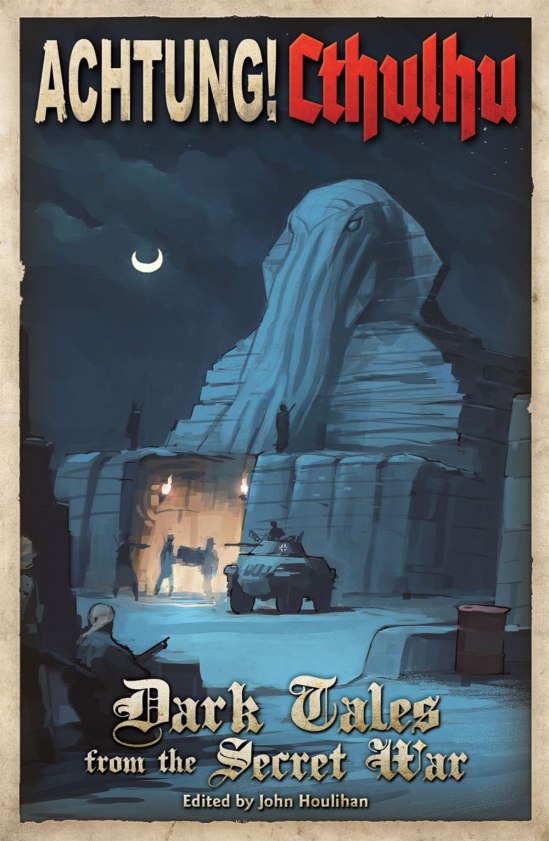