It’s like this. I have two current book projects and I need to make some decisions I’ve already made them. The Ooning has been through its beta got feedback from three people and I have enough to create the final rewrite. I know what’s wrong with it now. Beta was interesting as you’re always looking for correlation there’s a wow moment (two of the testers, the two that finished the entire thing, both said “wow” at the same point), and that’s fine. There’s a part which clearly doesn’t work and there’s some serious character stuff I need to address. And I need to redraft a bunch of shit. It’s going to take months.

The second project is the first draft of the second novel I started it because I was waiting for the beta to come through and it takes a while, you know. People have to read it, think about it, write about it. Books take so long. I’m thirty kay into this and I don’t want to stop the kids have been on holiday for two months and doing anything properly constructive’s been virtually impossible Dave’s gone and got himself an external desk I may do the same the summer holidays in France can last up to nine weeks. That’s a lot of can you play with me, daddy.

I don’t want to stop the draft but I have to finish The Ooning this year. I have four months left. As I said, I’ve already decided what to do but I’m not sure actually I am sure and this is it. I’m going to power through the draft, smack it up to wordcount as quickly as possible reckon I can get it done in three weeks if I beat out fifteen thousand a week. I know what I’m doing with it and I have flow even though I haven’t put any down for about two weeks I won’t have any problem picking up all planned out can get the draft bagged by the end of September. Then back to Ooning while I let that rest read it through again match to notes and push into the final version. I’d have three months to do it, polish it and actually finish the fucking thing over October, November and December. Then return to the second book in the New Year while I query Ooning. This is what I want to do.

Mouse was published. You can order Ficta Fabula here. It still says pre-order there, but Tim Smith got a copy in the post from Canada the other day. Because he bought it. Because he’s awesome. Look. 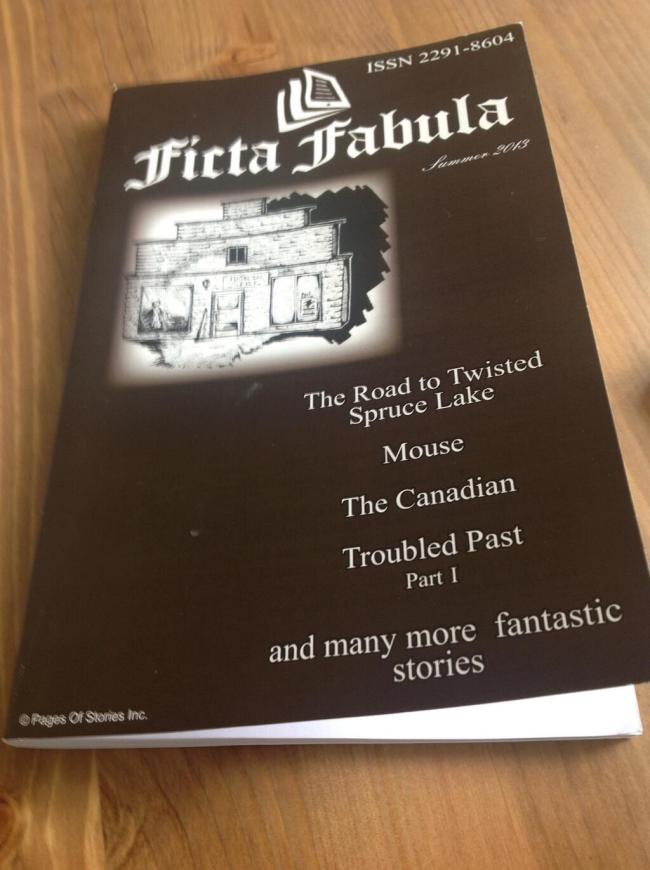